At this point it is probably clique to mention that this season has been unpredictable with seven race winners in the first seven races (whoops to late); the top three drivers separated by only 3 points and the 4th place driver another 6 points behind that.  Considering a first place finish gains a driver 25 points the driver standings could and will change many more times in the next few races.  If the rest of the season follows the same pattern the Driver’s Championship will probably come down to a nail biting last race.

In previous seasons the front runners generally separated themselves from the pack pretty quickly.  The last few years have been anything but predictable and this season seems to have introduced a bit more volatility into the mix.  For instance I was not expecting Lotus to have such a strong car right out of the gate.  If Grosjean had finished more races he may be a contender for the championship but as it stands he is in 5th but still in striking distance.  Alonso has been driving brilliantly on a car that no one expected to be very competitive this season and had captured a crucial first place finish in Malaysia to bring him just two points shy of Hamilton in the standings.  Plus many other extraordinary drives especially by drivers a little lower in the ranks that are just starting to come into their prime.
Race number eight (of 20) is less than a week away and who knows what the outcome will be and I decided I will take the bold step of predicting the Drivers Champion before the front runners separate themselves from the pack.

Before I declare my prediction I want to assure you this has not been made on some gut feeling, or a name I pulled out of a hat.  I actually did examine some of the stats and tried to rank the drivers, cars and teams in a meaningful way.  For instance I compared drivers on their ability to qualify well regardless of penalties that may have received for gearbox changes or various other infractions.  I figure this would be a good indicator of the drivers/car abilities in relation to the rest of the field.   Also, I compared a how well a driver finished in relation to their grid position to judge whether their race pace matched their qualifying pace.   My working assumptions are that drivers who are able to qualify well are also more likely to finish well.  Most of the tope drivers, on average, will only gain or lose a few spots.  Also, I assume that team errors, mechanical failures and the like should be statistically even among teams over the course of the season though it does seem like Pastor Maldonado has had some bad luck this year with gearboxes.

So, based on looking at this data I predict that Lewis Hamilton will be the 2012 champion.   First off he is by far the best qualifying driver all season.  Of the drivers his average grid position is 2nd (keep in mind this average is based on him qualifying 1st in Spain even though he ended up starting from the back of the grid). He has consistently finished well, even if he doesn't usually translate a pole position to a first place finish.  It could be argued that this was from bad team strategy, bad pit stops or what have you, but over the course of the season all teams will make mistakes and I assume that all these will even out in the end.  A perfect example is the last race in Canada; if Alonso and Vettel had pitted right after Hamilton then they might have finished on the podium.  I have also considered the team’s ability to keep pace with car development throughout the season and McLaren-Mercedes has good track record in those regards.  One other benefit Hamilton has going for him is that he is a bit of a scrapper and tends to have his best finishes when not on pole.  Based on the races this year he had had pole position twice and both times he finished 3rd while starting from second he got a win.  Lastly he is much calmer this year and much more consistent.

Below I have condensed some of the results so you can see them yourselves.
Here is the average grid position by each driver - WITH ALL GRID PENALTIES ERASED.  This not only includes Hamilton but Schumacher, Perez, Maldonado etc.  Hamilton has clearly done well in qualifying this season especially when compared to Alonso and Vettel.


One stat I calculated was how well the driver finished compared to his grid position.  Most drivers have a positive average, meaning they tended to gain more places than they have lost averaged over the last 7 races.  However, though I did look at these figures while making my determination, I don’t think it produces very pure data.  For instance Hamilton in the Spain race gained 16 positions as he made his way from the back of the grid, but passing back markers in a car that qualified as pole is not the same as going from 16th to first.  If those 16 positions are included in his average than he on average gained 1 position per race.  If I remove this race as an anomaly, than he on average lost 1 position per race.  What muddies this even more are drivers like Vettel who may have decided not to put a few laps in during Q3 in order to save tires for the race and so he starts lower down in the field and artificially improving his average gains per race since he could have started closer to pole.  Regardless, below are the stats I have calculated without removing the Spain race from the data.  Of the top three drivers in the championship running, Alonso has had the best performance and this would partially explain how he is doing so well considering his average corrected qualifying position was 7th. 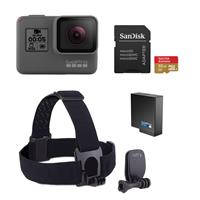